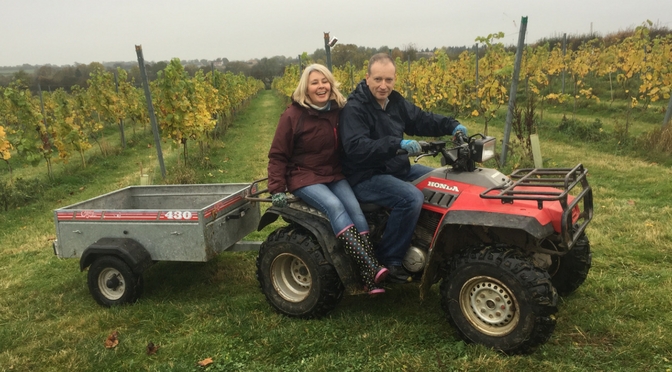 Summary
Hand-picked by friends and family, 2016 was our second grape harvest. The young vines, planted in 2012, are performing well but are not yet mature. We grow the traditional champagne varieties: Pinot Noir, Pinot Meunier and Chardonnay. Grape quantity has increased year on year in line with the vine age. Each year the local conditions throw us new challenges this year frost and birds. The fruit has delivered sugar and acid levels well within the required range to make great English Sparkling wine.

Weather
The buds on the vines began to swell at the usual time starting in May. Every evening in May and into June we reviewed the weather forecast and when below 6°C with clear skies we took anti-frost measures. From experience, we know that forecasts may be as much as 5°C higher than the real temperatures at the bottom of our vineyard slope. Cold frosty air -1°C can cause the early buds to freeze, turn brown and fall off. In early years, we experimented with bonfires but found them to be totally inefficient at keeping the frost at bay. This year our fan in a culvert was effective in protecting the Pinot Meunier in the bottom corner.

Unfortunately, the Chardonnay at the top of the slope and furthest from the fan was not protected and we lost the majority of the primary buds. Secondary buds are less fruitful so the harvest was reduced.

June started cool and wet, the vines grew strongly so we struggled to keep up with the strong growth of the vine shoots. Low sunshine in July was thankfully followed by warm August and September. The fruit set was good; the grapes grew and veraison began. 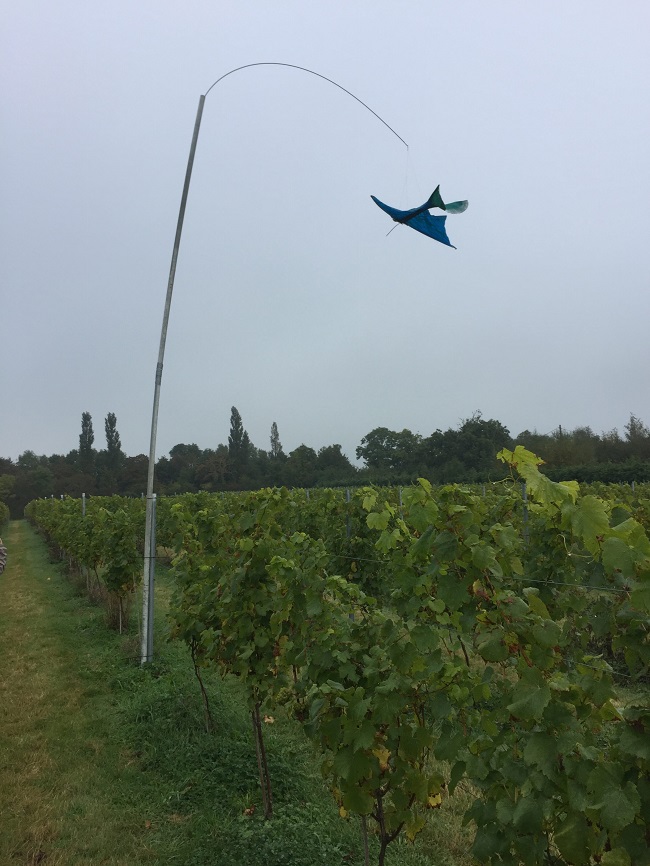 Varieties and Yields
Our vines are not yet mature so we have yet to meet our yield objectives, but average bunches per vine, bunch size and grape size increased year on year.

Chardonnay yields were the lowest of the three varieties due to the frost damage. Both Pinot Meunier clones performed well. The Pinot Noir yields would have been amazing if it had not been for the hungry birds.

This is the first year that the birds have discovered our site, so we were not ready for them. We hung shiny CDs, played “angry buzzard” sounds, made falcon kites, banged pans with wooden spoons, shouted and walked the dog for countless hours in the vineyard.

A flock of hungry birds moves far, fast and our defences were inadequate, we lost a large proportion of the earliest ripening Pinot Noir crop. Bird netting next year? Any other suggestions very welcome. 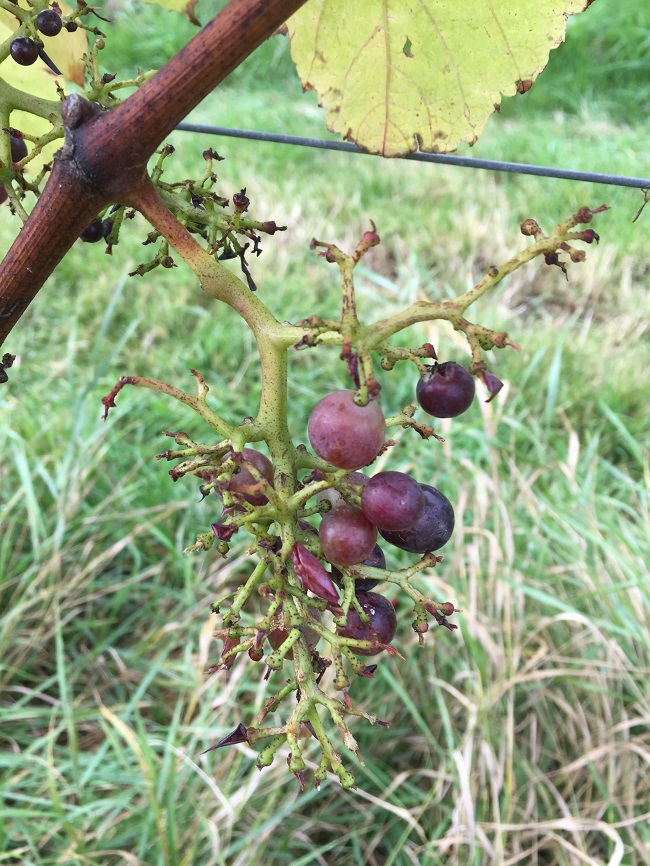 Conclusions and Learnings
For our young vineyard, 2016 was a good quality harvest, but the quantity was reduced by frost and birds. Next year we will prune later and leave the tying down until late in the season, this should help protect against frost. We will investigate bird netting too.

What are you looking for?

You have Successfully Subscribed!

We use cookies to ensure that we give you the best experience on our website. If you continue to use this site we will assume that you are happy with it.OkPrivacy policy